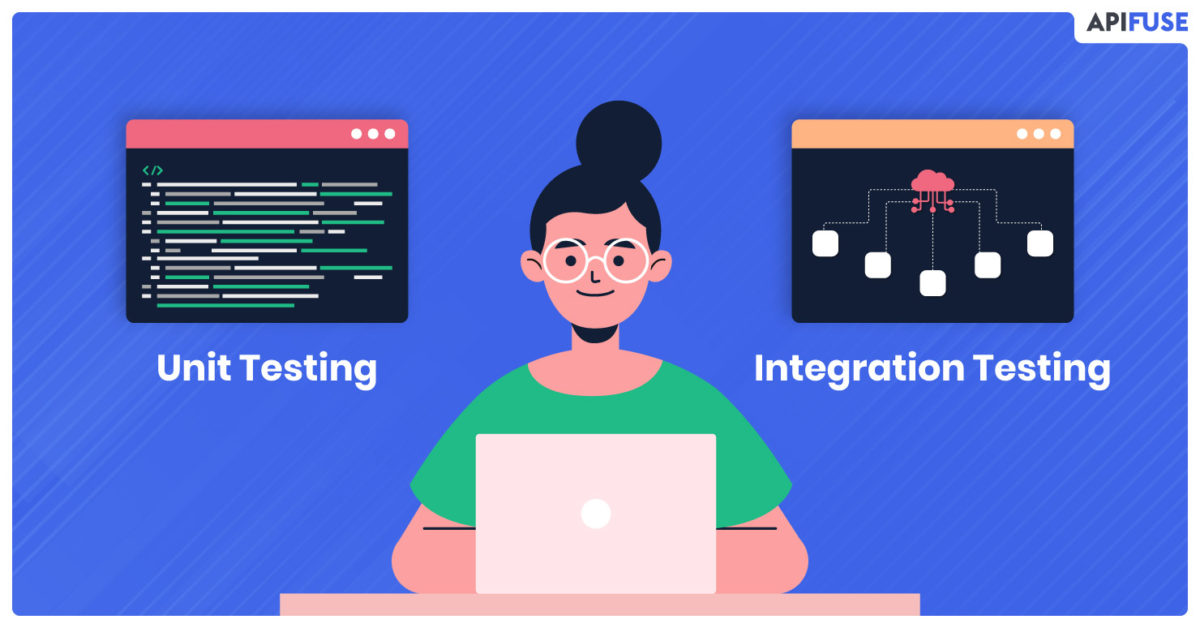 A Product Manager’s Guide to Unit Testing And Integration Testing

A crucial part of developing a SaaS application is testing….

A crucial part of developing a SaaS application is testing. There are many different approaches to examining whether the code of the software application is working as expected or not. Two of them are unit testing and integration testing.

Both these testing types require coding as opposed to other test techniques such as screen recording. Unit and integration tests can often be performed using similar tools. Also, it is advised to include both in the continuous integration and continuous delivery pipeline.

Barring these similarities between the two tests, they are quite different. We drill down on each here.

What is Unit Testing? The target audience of most testing techniques, be it manual or automated, is the end-user. The test serves as solid proof that the software meets the requirements of the final user. Unit testing is unique in that the target audience is not the user but the developer.

Unit tests are written and read by developers to verify if a small part of the code they wrote is working as it should. The isolated piece of the codebase is called a unit. It is the smallest component of the application.

The individual unit test must be completely secluded from all external factors for three reasons:

A test case is a portion of the code that uses the production code and then checks if the behavior is as intended. It can verify that the classes or modules of your SaaS software function correctly.

What is the objective of a unit test? A unit test’s primary goal is to find bugs at the first stage of software development. When you skip unit testing, other testing cycles become more challenging. Since, by then, units have been integrated, they impact the entire application.

Another purpose of unit tests is documentation. The logs offer the team a comprehensive description of the SaaS application at an atomic level. The documentation is particularly helpful when new developers come on board.

With unit testing, developers are confident that the written code has no issues. This improves code reusability.

What is integration testing?

Each method has its pros and cons. For instance, the mixed approach doesn’t require the team to wait for a module to be coded. They can begin testing at any time. With the bottom-up approach, the time is reduced because basic modules are completed faster and easier to test.

What is the objective of integration testing? The fundamental purpose of an integration test is to ensure that all modules of the application work well after integration. The connectivity of each part should match the requirements.

Another goal of the test is to expose interface faults or errors when two units interact. The test validates functional and non-functional elements. Further, it makes sure that all modules are in sync. And finally, it is essential for fixing weak spots and reducing risk before the final build.

Since integration tests encompass the whole application, they require more effort. Each test uses factual internal and external dependencies. Often, to complete an integration test, the team will have to create configuration files, test stubs, or generate realistic but bogus test data.

These additional tasks make integration testing harder. On top of it, after the test is completed, you have to remove any trace of these tasks. Else, they create problems for the next test run.

A SaaS application is typically developed by a whole team, which requires dividing the app into modules. Each module is then split between different developers of the team.

Say you are one such developer. You write the code for a common function of the app and then test it. This falls under unit testing. Now assume another developer in the team has completed his or her module. You want to make sure that your module, when integrated with the other, works as required. That will fall under integration testing.

This was the underpinning difference between unit tests and integration tests. Another distinction between the two is dependencies. Unit tests check internal consistencies and don’t rely on outside systems. In comparison, integration tests convince people that they play nice even with external systems.

For example, a unit test would verify that your libraries work. An integration test demonstrates that your code communicates correctly with another code. Any test is a financial investment. Ergo, a crucial difference between unit and integration testing is the cost. Unit testing is cheaper in terms of writing code. It doesn’t require extensive developer time.

Since unit tests don’t demand external sources to create a unique environment, they are less expensive to run. And for the same reason, unit tests can be completed as quickly as a few milliseconds.

Maintaining a unit test is also pretty light on the pocket. Moreover, you can run parallel unit testing as each unit is isolated. This saves time further, which in turn is less costly.

But just because they are costlier doesn’t mean you can skip them. The feedback integration testing delivers to a SaaS application is equally important and valuable. The only difference is that you should make more strategic use of integration tests.

When to use which testing method?

The rule of thumb with testing is – test early and often. It reduces the cost to you. Experience proves that fixing issues as soon as possible is about four to five times cheaper than correcting them after a release.

Since unit tests validate the behavior of basic code and are fast, you should prioritize them over integration tests. Plus, you don’t need a skilled team of testers to perform unit testing. The developers can conduct them too.

So, run them on excerpts of your code that don’t rely on external dependencies frequently. After you’ve corrected the defects that break the design contracts and improved the codebase, perform integration testing.

Unit and Integration Testing are Important to your Test Pyramid

The testing pyramid for any application has many layers of tests, each with different granularity. All have their place because every test accomplishes an additional requirement. That’s why both unit testing and integration testing have value.

With a unit test, a developer gains a safety net. They have access to fast tests that offer exact feedback. With integration tests, teams can test real scenarios – situations that come as close to the end-user experience as possible. In short, integration testing walks paths that unit tests just cannot.

So, when testing your SaaS application, don’t move forward with an ‘either/or’ approach. Take an ‘and’ approach. Unit tests and integration tests both are essential to application testing as they complement each other by detecting bugs and defects at an early stage.

API Fuse enables you to offer on-demand integrations and to rapidly respond to end-users integration requests. With our solution and range of plans, you can offer users native or custom integrations embedded directly into your SaaS app in minutes to accelerate your product roadmap and reduce technical debt. Request a demo today for more information!

Back to All Posts